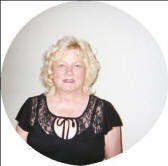 The Long and the Short of It is excited to welcome Jude Atkins, author of Anna’s Secret and Betraying Mikki, from Cerridwen Press. Jude currently lives in Calgary, Alberta, with her partner, John. She was born in Calgary, but is a self-proclaimed “inveterate gypsy.” During her teens, she lived in California and Washington, but settled in Texas with her four daughters while they were growing up. It was while she lived there she began work on her Texas series. She’s of Irish descent on her father’s side and she told me that on her mom’s family name was Shipton. “Our ancestor, from 15th Century lore,” she said, “is Mother Shipton, a witch reputed to have been burned at the stake for prophesying about the future. Here’s one, written in about 1550, that always fascinated me:

The states will lock in fiercest strife, and seek to take each other's life. When north shall thus divide the south an eagle build in lion's mouth then tax and blood and cruel war shall come to every humble door.”

Jude told me one of her earliest memories is what her mom would always say when calling her to do a chore: “Judith, get your nose out of that book.” I think all readers can identify with that! Jude grew up on an isolated farm and reading gave her a way to escape the isolation. She told me, “I used to promise myself that one day I, too, would write stories that would transport readers [to wonderful, magic places].”

She’s been writing since grade school and received pay for her first published piece…a story called “Egg on His Face.” “It was about the time (during WWII) when my Canadian soldier uncle was invited to dinner at the home of a lady who he later married,” she said. “Uncle Bill, coming from an Alberta farm where food was abundant, did not understand British rationing, and when his hostess’ mother place a plate of eggs in front of him on the table, Bill ate all six eggs -- the entire family’s weekly ration of eggs. The story was published by the Western Producer and one of their Veteran’s Day features. They paid me $100, and that was the best check I ever received.”

Just like her first published story, the characters come first in any of the books she writes. In Anna’s Secret, she got the idea when she was walking through a flea market in Fort Worth, Texas. She spotted an old, partially blind woman selling matches and pencils from a box tied around her neck. Around the same time there’d been a lot in the news about an heiress who had been adopted at birth and who had just found her birth mother. “Being a writer,” she explained, “my mind toyed with this, and before you know it, I had a thesis: what if the Houston heiress went looking for her birth mother, and just when she’d found out she was a penniless, half-blind pencil seller working out of a Fort Worth flea market, her birth mother was murdered?” And so, Anna’s Secret was born. To find out what happened, you can either win a copy of it in our weekly contest, buy a copy from Cerridwen Press, or, for those who don’t read electronically, wait until it’s released in print in April.

When she’s not working on Deadly Paradise, Jude still indulges in her love of reading and she has just finished reading Micqui Miller’s Morning Star and had this message for our readers, “Readers, I cannot recommend this book enough. I loved it. Micqui is a fellow Cerridwen Press author, and after reading Morning Star, I wrote to her an email to thank her for the wonderful read. Morning Star, in my opinion, has all the elements of a Nora Roberts novel, and once I started reading it I literally did not stop until I had finished the entire book. If you’re looking for a great romantic suspense read, you won’t want to pass up Morning Star.” This is high praise indeed, because Jude had already shared with me that Nora Roberts is her very favorite author.

One question I ask our interviewees is “if there is one horrible experience in your life you could erase, what would it be?” Jude shared with me that in 2004 she lost her oldest daughter to an overdose of prescription drugs. She would, of course, like to go back and completely erase that day. I cannot imagine anything more horrible and we at The Long and the Short of It would like to offer Jude and the rest of her family our sincere condolences. It’s not surprising that when asked what she would like to know about the future she said, “First I’d like to know if my remaining three daughters will outlive me as they should, and second I’d like to know if all of you reading this interview will be intrigued enough to buy my books and when you do if you’ll enjoy reading them as much as I enjoyed writing them.” Maybe some of her ancestor’s talent will let her know this future.

One way she could know if part of this future will come true is if the following would come true. Jude told me, “If I could wish for anything, I’d wish that each and every person who reads this interview would click on over to www.cerridwenpress.com and buy a copy of Anna’s Secret and Betraying Mikki. And to those who do, thank you so very much. I really, really hope you enjoy the journey.”

Be sure and visit Jude at http://www.judeatkins.com/.
Posted by Long and Short Reviews at 6:58 PM