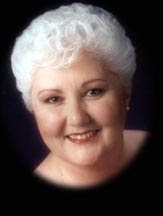 The Long and the Short of It is very excited to speak with award-winning author Micqui Miller.

Micqui has an eclectic heritage. She shared with me, “My mom was Polish. She was born in Warsaw but raised in Brazil, Massachusetts and Michigan. My dad was French Canadian, born in a small town between Montreal and Quebec.” One regret she has about her childhood is, that only English was spoken in their household, though. “My mom spoke several languages as a child, including Polish, Portuguese, German and English. My dad spoke French and English, their only common language. They were so happy and proud to become American citizens,” she explained, “we spoke only English in our household and followed only a few of the old world traditions. I wish we'd been exposed to more, especially the languages.”

Micqui has been a writer virtually all her life. Even before she could write, she had her own personal secretary. “My sister would write down my stories,” she said, “in exchange for doing some of her household chores, like dusting, clearing the table or wiping the dishes.” She and her sister had such an obviously good relationship, I had to find out if they had ever made crank phone calls. “You mean like, 'Do you have Prince Albert in a can?' or 'Is your refrigerator running?' I take the Fifth!”

Her sister obviously believed in Micqui's talent (as well as having a good eye out for being able to get out of chores), but this was not her only contribution to Micqui's success. Micqui told me her very first book came about directly because of her sister.

My sister and her busy dating life [inspired me to write my first novel]. I was twelve or thirteen at the time. My sis was dating an absolutely fabulous man named Jack, who talked to me as if I were a real person, not just someone's pesky little sister. I melted into puddles whenever he came by. While they were out on their date, I'd sit at my dad's old Underwood typewriter and write what turned out to be my first romance--a full length novel, which I titled, The Caprices of Melinda Stuart. Wish I'd kept it. I'm sure it would be a hoot to read again today. And added benefit, I could type 65 words a minute on a manual typewriter before I ever set foot in first year typing.

Micqui told me that for a long time she thought only her sister and critique partner really thought she was a writer. That changed in 1992 when she won the Golden Heart Award for her first “grown-up” novel. She had written plenty of non-fiction before this (she earned her first byline as a sports writer for a local Detroit newspaper when she was fifteen), but she'd always had a yearning to write book-length fiction. So it was very gratifying to discover that other people thought she was a real writer as well.

With Micqui, it's always her characters who come first. Then, however, “the titles pop into my head the moment I see the characters in my mind and they tell me their names. A broad-stroke plot follows right on their heels. I'm not a "pantser". I write long, detailed synopses that I later break into chapter outlines and write the book from there.”

She's currently working on a new series called Caroline Spring Mystery Series. The main characters of this series are spun off from her novel Sweet Caroline, with the first book in the series entitled A is for Avatar. This is a project she's really having fun with because “I loved Mick and Caroline, and the setting of Sweet Caroline, including the Calla Lily Inn. Mick and Caroline are married now, with two young sons, but they're as passionate and adventurous as they were in Sweet Caroline, and with the same touches of light humor. I like to think of this series as 'Mr. and Mrs. Smith meet The Thin Man'.”

I always like getting advice from successful authors and Micqui gave me some excellent advice.

Write, write, write! Write every day, even if it's just 100 words. When I worked full time, I'd snatch a few minutes here and there, but I made sure I had something written down on paper or on my screen every single day. Make a pact with yourself to do the same thing. You may struggle the first few days, but soon you'll be writing full scenes. And if you write just one scene a day, you'll be typing "The End" long before you ever dreamed you would.

The absolute worst thing you can do is to put your work away for days or weeks, sometimes months. When you go back to it, you'll discover you've lost rapport with your characters and their emotions. You'll waste countless hours trying to find your way back. Some authors never do, and wonderful stories go untold.

Micqui also told me that, while she seldom suffers from writer's block, something she does when it does hit her is to briefly change the characters' names. “Using 'search and replace' I change the names of a few of my characters. A different name creates a completely different character, including changing his or her voice. Then I re-read what I'd written, hearing it from those different voices. It's amazing how that stimulates the part of my brain that's gone to sleep or is in rebellion. After a few minutes, I change all the names back to the originals and voila, the block is gone.”

I asked Micqui to tell us a little bit about her latest book.

Morning Star, which Cerridwen Press will release on November 29, is both romantic suspense and women's fiction, and based on many actual events. Here's a bit about it.

In Morning Star, Liz O'Hara, a widow and the mother of two teens, has spent her adult life looking over her shoulder, dreading the day she would be forced to admit the truth about the lost seven months she lived on the run as the young hippie Morning Star. But in her worst nightmares Liz never dreamed her secrets would be revealed on national television, or that she would face the dilemma of Solomon--choosing one child over another while a murderer lurked in the shadows, waiting to strike when she was most vulnerable.

Josh Wilder is a disillusioned East Coast news anchor who suddenly finds his fading career back on the fast track. But in order to cash in on his new celebrity, he must risk destroying the life of the woman he's loved in his heart for twenty-seven years, the street waif he'd known only as Morning Star.

Set amid a backdrop of danger and intrigue, the tumult of the Seventies pitted against the realities of the Nineties, Morning Star is a life-affirming story of love--the love of a mother for her child, a man for a woman, and the triumph of good over evil.

Morning Star is definitely the book of my heart. These characters took on a life of their own, showing me the depth of strength and courage a woman can reach when the people she loves the most are in jeopardy. I fell in love with Josh right along with Liz. He's certainly not perfect, and it's taken him a long time to come to terms with who he is, but love can bring out the best in all of us, and certainly does in him. I hope readers will fall in love with both Liz and Josh, share their determination when the going gets tough and their joy when they overcome the considerable obstacles they face.

Please visit Micqui at her website!
Posted by Long and Short Reviews at 6:36 AM