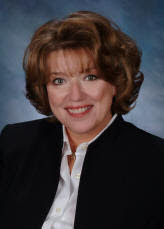 The Long and the Short of It is very excited to have Sandy Blair visiting with us. Sandy has had an exciting life. She’s slept in castles, dined with peerage, explored the great pyramids, lost her husband in an Egyptian ruin (she still denies being the one lost,) and fallen (gracefully) off a cruise ship. She’s tasted Rocky Mountain Oysters (but wouldn’t tell me more than that).
She has a brand-new book out today, A Highlander for Christmas, which is sure to thrill every kilt-loving reader of romance. Sandy loves writing about Scotland’s past and has won accolades from some premiere sites. Publisher’s Weekly, speaking of A Thief in a Kilt, said, “Blair’s attention to historical and regional detail supports a fine balance of action and romance, making this political potboiler a winning read.”

Along with such glowing reviews, she’s also a winner of RWA’s Golden Heart, a National Readers Choice Award for Best Paranormal Romance, the Write Touch Readers and CAPA Reviewers awards for Best Historical, the Golden Quill and Barclay awards for Best Anthology, nominated for a 2005 RITA and recipient of Romantic Times BOOKReview’s 4 ½ star Top Pick and K.I.S.S. ratings.

She shared with me that even though she started writing decades ago, her first novel wasn’t completed until she retired from nursing in 1999. But, once she started, she hasn’t quit. Even now, she’s working on Book 4 of the Castle Blackstone series and is putting together not one, but two series proposals: a contemporary series featuring three brothers and another historical series featuring five Highland warriors forced to join together by circumstances.

She’s so successful, I had to ask what advice she would give a new writer. “Read!” she said. “Read what you’d love to write and write what you love to read in order to know what separates the best from the rest. Read everything you can get your hands on, no matter what the genre, so your voice remains fresh.”

Sandy told me she also relies on her critique partner, Suzanne Welsh, a lot when she gets into a tight spot with her writing. “I…occasionally get too close to the subject matter and can’t find my way clear of a specific situation. We brainstorm ideas and invariably she’ll say something that triggers a scenario and I’m again off and running.”

Her hero is often the character who comes to her first. She said, “As I come to know what he loves, truly dislikes and fears most should he not meet his goal, his opposite/mate takes shape in my mind. Once she’s alive on the page, I can see their black moment. The rest of the writing is a great adventure.”

Don’t look for Sandy, when she’s on deadline, to be perfectly coiffed and ready for tea. She confessed, “I can’t write unless I’m in my jammies and bunny slippers. When on deadline, I live in them!”

Be sure and check out Sandy’s blog and, especially, the picture of Coco, her gray and white panda-bear-looking Bichon, at her website.

Sandy, thank you so much for visiting with us.
Posted by Long and Short Reviews at 4:23 AM