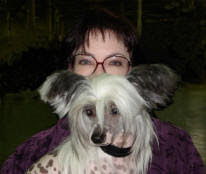 Marcia James visited with us at The Long and the Short of It recently and it was a pleasure to have her with us. She is a busy lady, so we really appreciated her taking time out of her schedule to answer a few of our questions.

To start with, she’s a freelance video scriptwriter, advertising copywriter, and PR consultant. In addition to developing marketing and promotional materials (you can win an example in our contest, if you are one of our runner-ups) she writes articles for her local weekly newspaper. After years of dealing with such sexy topics as “how to safely install traffic lights,” Marcia told us she is enjoying “researching and plotting steamy love scenes” with her husband and hero of many years…all for her romance novels. It’s a tough job, but somebody has to do it!

She’s thought a lot about writing and wanted to share some of the important things she’s learned. “Don’t ignore the business side of the publishing industry while you’re honing your craft,” she said. “Don’t wait to learn the meanings of terms like sell-through and basket accounting until it’s too late. Because after you get ‘The Call’ is WAY too late to start learning about contracts, agents, self-promotion, etc. Join a writers’ professional association, such as Romance Writers of America, and learn all you can -- even if it means reading those sometimes less-than-exciting articles on foreign rights and author branding. Choose your pen name, lock in your domain name and start designing your Web site (on paper, at least, if you don’t have the funds to get a site up and running right now). Power-schmooze at writers’ conferences and meetings, making the most of your networking opportunities. Treat your writing as a profession and not a hobby. And respect your talent and take nothing less than respect from friends and family.” Good advice to anyone who wants to be considered professional.

Marcia has what has been described as a “unique” sense of humor. When she’s beginning to plot a book, one of the first things she does is think of humorous “what if” questions to build her plots. I asked her to describe her plotting process for At Her Command, available from Cerridwen Press. “At Her Command was based on the question, ‘What if the FBI, DEA, and D.C. police unknowingly put operatives undercover at the same sex club?’ That premise provided lots of sexy and funny possibilities. The next step in my process,” she continued, “is adding interesting characters to the plot.” Marcia’s heroine (a DEA agent) is handed a nightmare assignment—“working as a dominatrix to bust up the sex club’s drug-trafficking. Then I complicated her life by having my Alpha male homicide detective hero go undercover as a submissive at the club to solve a murder.” What develops between the pair before they learn they are both in law enforcement is interesting.

Like many authors, writing was a hobby of Marcia’s from elementary school through college. After she completed her master’s in English and Communications, though, she considered herself a “real writer.” After her various writing endeavors, she decided to try her hand at fiction writing in 1999. She told me, “In a way, it was like starting over since there was so much to learn – and I’m still learning something new every day.”

I asked her, “What was the hardest part of writing your book?”

“Fleshing out the suspense/mystery parts of the plot when I have a great deal more fun writing the romance and love scenes!” she said. “My books are rated R (for Risqué), and I enjoy writing the sexy stuff so much I've considered freelancing as a love scene ghost writer for my author friends who dread writing that part of their books. ;-) So my critique partner sometimes has to remind me to get back to the suspense/mystery plotline and stop writing twenty-page sex scenes!”

Marcia shared with me she has written another book, Sex and the Single Therapist. It’s the first book in a comic mystery series. “My heroine is a Las Vegas sex therapist/amateur sleuth who tries to solve the murder of a client, much to the aggravation of the hunky homicide detective on the case,” she explains. “Despite a sexual chemistry that could power all the neon lights on the Vegas Strip, the therapist and the cop have a rocky road to their happily-ever-after.” The second book of the series, Death and the Double Entrendre, is already in the works.” You can check out the sex advice column her heroine writes at Marcia’s website.
Posted by Long and Short Reviews at 3:36 PM