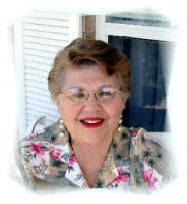 The Long and the Short of It would like to welcome Allison Knight to our pages. Allison says she’s like many writers…she read a book she didn’t like. Even though her kids occasionally gave her “digs” about it, she decided she could do better… and to prove it, she wrote a romance.

Now, twelve published novels later, she’s still going strong. In addition to her writing, she’s taught fiction writing and spoken at conferences throughout the nation. She and her husband, an engineer, moved south to the land of hurricanes and sunshine. When she isn’t watching the weather, she writes, creating heroes and heroines, and then finding ways to make their lives miserable.

I asked, “Allison, wow, twelve books? How long have you been writing?” She told me “I started writing poetry when I was in the seventh grade. I wrote essays and short pieces in eighth grade, then short stories in high school. By the time I got to college, I was writing newspaper stuff. I returned to fiction after my children were grown.”

One thing we’re always interested in is our favorite authors’ opinions of the important elements of good writing. Allison said, “That’s like asking: Which came first, the chicken or the egg?

“I think there are several very important elements in good writing. First the plot. There has to be a good plot, a framework on which to hang the story. Characters are also essential components. Conflict is necessary and tied to plot and, of course, no one will read a story full of grammatical errors.”

She has a very hectic schedule. Here’s what she told us,” I start about 7:30 in the morning, reading e-mails and responding when necessary, then about 10:00, I begin working on the work in progress. We stop for lunch about one, and after lunch I’ll work until about four. The evening is a return to e-mails and then I read. Usually my work schedule is six days a week. Sundays vary, but I seldom do much work on Sundays.” I told her it seemed like a full-time job. She said, “I’m one of those really lucky authors who has a very supportive husband. When the housework got in the way of my writing, we got someone to help with the housework. He helps with dishes and meals and I get to write.”

Being busy is not a new experience for Allison, though. She said, “I’m a mother of four, I taught junior high and high school while I was raising the children, I cooked and cleaned the house (well kinda), I made all the kids’ clothes, my own and even my husband’s shirts, slacks and three tailored suits. Although my husband claims I can’t walk and chew gum at the same time, I can multitask with the best. I had to!”

Allison has actually written seventeen books. As we’ve said, twelve have been published and three others are either at the publishers now or about to go to the publishers. When asked about her favorite, her response was, “…the last book I write.”

Her last published book was Heal My Hurting Heart. It’s a historical romance, set in the mountains of Colorado. Luke, the hero, is tough, independent and inclined to mistrust all women. “Along comes our heroine,” Allison says, “who by nature is feisty and interested in staying quietly out of all limelight, while Luke is interested in getting rid of her by advertising her presence. Both the cook and the local doctor (both older women) play important roles. Yep, a woman doctor and a cook—both independent, western women who know their own minds.”

Allison always knows her own mind! She told me she and her husband have moved more than twenty times (“and he is not even in the military”). She said, “I can pack a 3 bedroom house in three days. I also refuse to do it any time in the near future.”
A few other facts about Allison. The strangest thing she’s ever eaten is alligator (“French fried, it’s not too bad, and no, it doesn’t taste like fish, but it doesn’t taste like chicken either”), she can taste the difference between Pepsi and Coke (“Coke tastes sweeter to me than Pepsi. And I like Pepsi better”), and – even after watching it half a dozen times, “An Affair to Remember” still makes her cry.

Remember to drop by and visit Allison at her website. Thank you, Allison, for visiting with us.
Posted by Long and Short Reviews at 5:59 AM