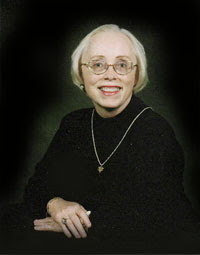 The Long and the Short of It would like to welcome Elaine Cantrell this week. Elaine has a new book out entitled The Welcome Inn which is published by Wings ePress. I asked her to tell me about the characters and the situation they find themselves in at The Welcome Inn.

“My hero is Buck Abercrombie,” she said. “Buck's big, brawny, and drop dead gorgeous, but he hasn't had an easy time of it. His parents died when he was in his early twenties, and he had to raise his younger brother Travis. He feels guilty because Travis didn't turn out too well.  Besides that, his first marriage failed miserably. He's scared of women, and he'll never let one get close enough to hurt him again. He owns a construction company, and he bought The Welcome Inn and plans to renovate it.

“Julianna Martin is my heroine,” she continues. “Julianna has auburn hair, green eyes, and enough curves to prove she's a woman. Her mother taught her to be a strong, self-sufficient woman, and she is. She doesn't need a man in her life, thank you very much. She happens to be the manager of The Welcome Inn, and she's super ticked off at Buck Abercrombie. She wanted to buy the Inn herself, but the bank wouldn't give her a loan. Now, Buck comes along and reaps the benefits of all her hard work.

Elaine has a unique story about what inspired her to write her first book. Many of us have a favorite author who challenged us, or we have always written or told stories. And, like a lot of us, Elaine had always wanted to write, but never did anything about it. One day, though, her younger son came home and told her he had written one. That was first. Second, a friend of hers—an English teacher—made a life-changing suggestion. “She said that we should both write a book and critique each other’s work, and that’s what we did. The rest is history.”

I asked her for advice for new writers. She told me, “Don’t take no for an answer. You’ll get a long of no’s, but don’t quit. The day will come when you’ll get a yes.” Another piece of advice she didn’t tell me directly, but I’m sure she’d agree. Make sure you save your drafts with file names that are descriptive. At midnight the night before the interview she was correcting a major mistake. “I have two versions of the same work in progress because one is spicier than the other,” she told me. “I was making corrections to the sweeter version when I realized that I had mixed them up. They're all jumbled together, and I was trying to straighten them out, not an easy task since I had corrected almost three fourths of the sweeter version.”

That could have been almost as embarrassing as another incident she told me about. “I went to a reception and was having a wonderful time when I decided to get some refreshments,” she said. “I went into the dining room and picked up a cracker covered in some kind of topping. As I brought the cracker to my plate it broke in two, and half of it fell into the punch bowl. Only about a million people saw it.”
One good thing about being a writer… episodes like that never go to waste! I predict it will show up in a novel one day.

For one last piece of advice from this talented writer, I asked her if she ever suffered from writer’s block. “I think every author gets writer's block sooner or later,” she told me. “ I've found that if you keep on writing you can write through it. Sure, the stuff you do may have to be edited, but so what? Everything has to be edited anyway. The important thing is that you don't quit.”

And that is her secret. Don’t quit. Don’t give up. Don’t accept “no” as the final answer. Something tells me we’ll be hearing from Elaine Cantrell for a long time to come. Make sure you check out her website.

Thank you for being with us this week.
Posted by Long and Short Reviews at 8:42 AM